2000 – Inducted into the Gospel Music Hall of Fame

The Fisk Jubilee Singers are an American a cappella ensemble that performs Negro spirituals originally sung by slaves prior to the Civil War. The first group of Singers arranged the music and took it on the road beginning in 1871 introducing the public to a new genre that remains a vibrant musical tradition today.

On November 16, 1871, a group of unknown singers — all but two former slaves and many still in their teens — arrived at Oberlin College in Ohio to perform before a national convention of ministers. After a few standard ballads the chorus sang spirituals and other songs associated with slavery. It was one of the first public performances of the secret music African Americans sang in the fields and behind closed doors for generations.

“All of a sudden, there was no talking,” says musicologist and former Jubilee Singers Musical Director Horace C. Boyer. “They said you could hear the soft weeping…and I’m sure that the Jubilee Singers were joining them in tears, because sometimes when you think about what you are singing, particularly if you believe it, you can’t help but be moved.”

In Bright Mansions is their most popular CD and contains a pictorial history of the singers in an elegant booklet. 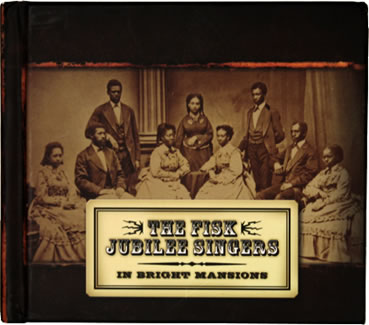 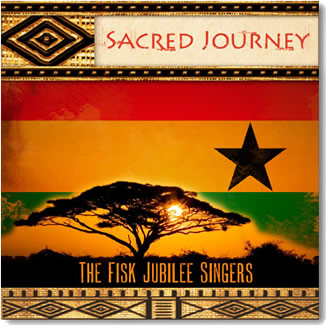 Click the images above to learn more about each recording.

The Fisk Jubilee Singers are an American a cappella ensemble that performs Negro spirituals originally sung by slaves prior to the Civil War.